People behind Knavecon event decided to organize something similar to it yet different: boardgaming convention for kids and families! We have tried kids corner on last Knavecon and it was quite popular and successful – there were of course some issues but lot of experience gained and more ideas for future. The idea is to encourage families to play games together. Play games that are fun for parents and kids. I will try to show here few games ‘tested’ on my kids. All of them were played together with parents.

First one is all time classic Risk (Enhanced edition) 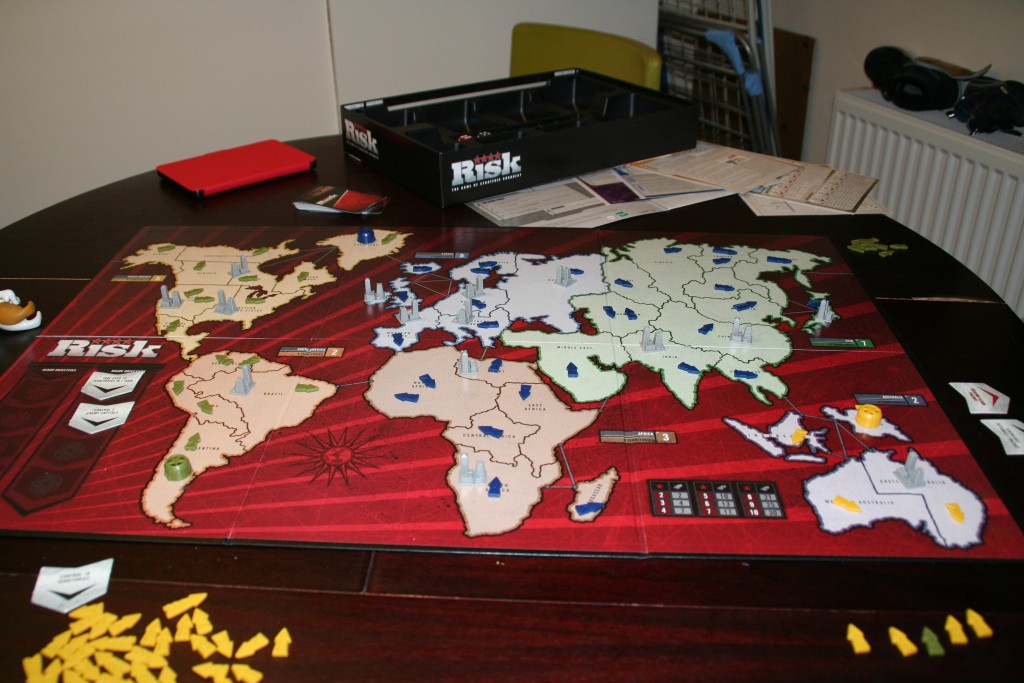 When I play with kids I like games with some dosage of randomness – Risk has it 😉 While I think this one can be pretty boring with die hard gamers (well, Vic has some stories that this is not always true…) it is pretty good game to try with your 9-10 year old. Rules are very easy, there are a lot of dice rolling (kids love it) and there is some fighting (some kids loves this, some not). Enhanced edition has this Basic variant to finish game once you get 3 objectives – great idea as World Domination variant can be too long and too brutal for some. 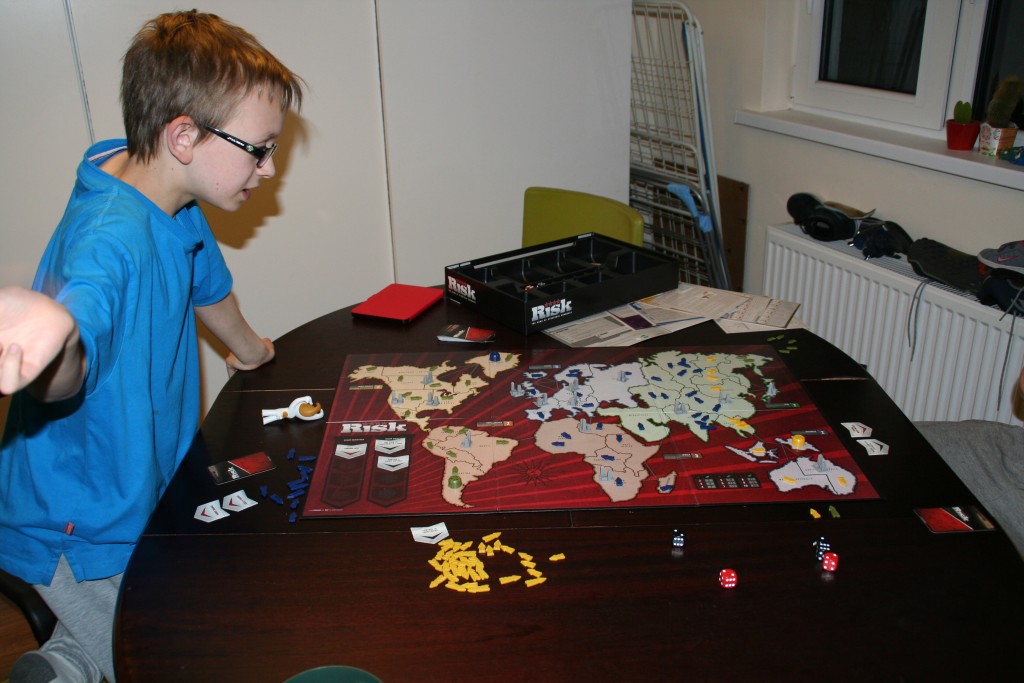 Luck plays big role here as you roll your dice during attack….roll and roll and roll and keep conquering parents countries. Educational aspects? Well, we have a map of the world and kids need to add simple numbers 😉 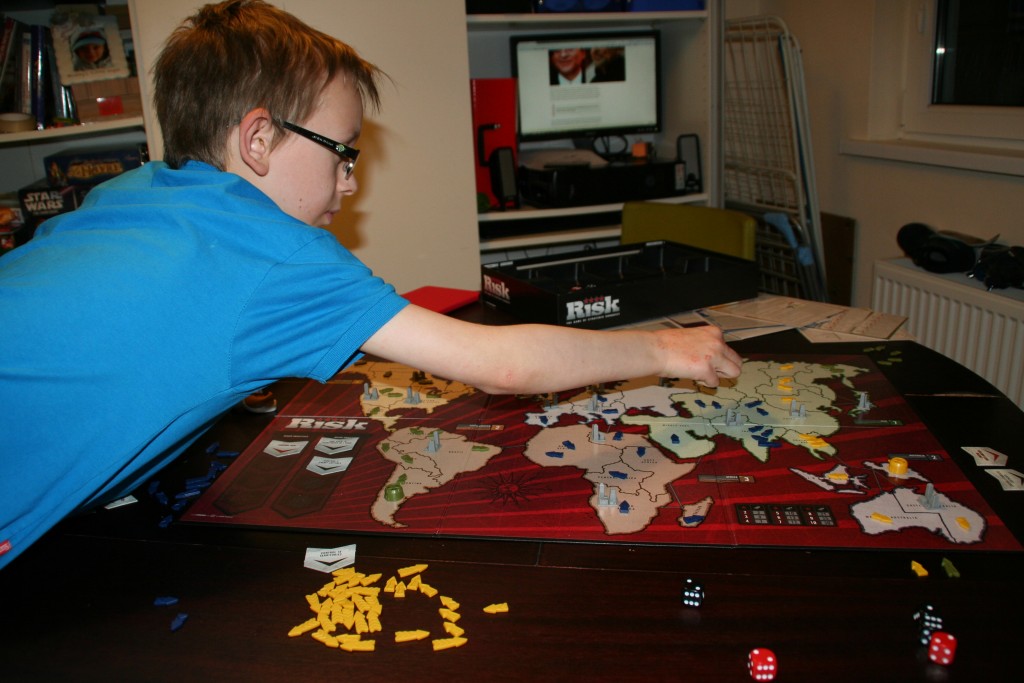 It’s pure fun, nothing more. This probably is more boys game, negative interaction could be a problem for some so be prepared for this. We have been lucky and Daniel (9) won our first game so Risk  instantly gained ‘EPIC game’ status 😉 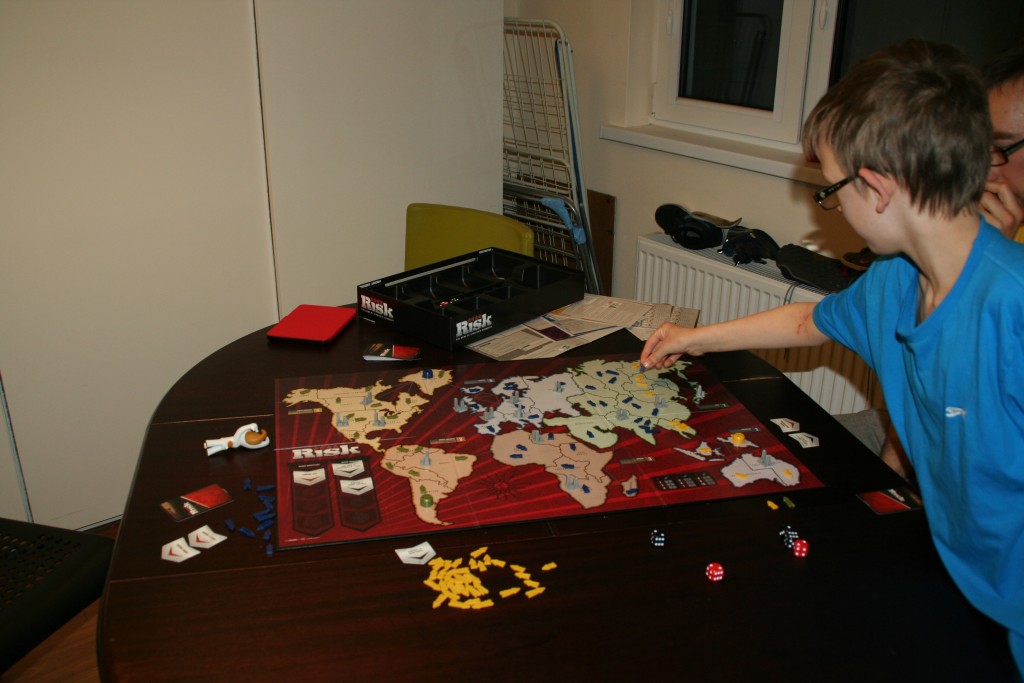 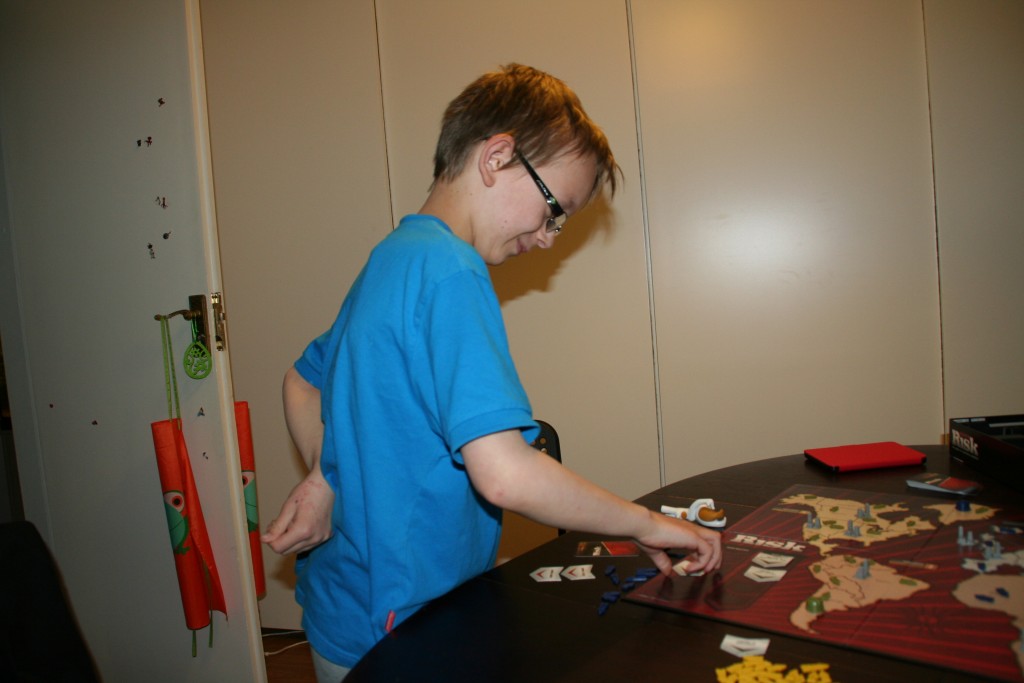 Risk (Enhanced Edition) will be available to play at KnaveKids.