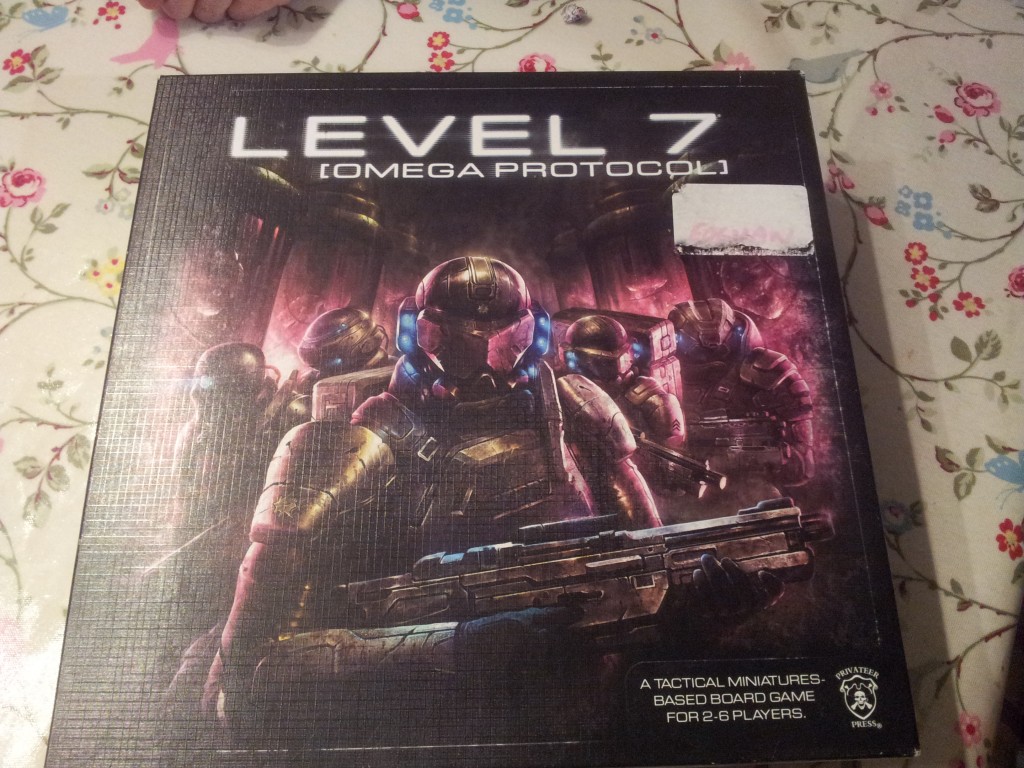 Doom the boardgame + Descent 2ed + dash of Xcom = Level 7 [Omega Protocol]. First time we played it months ago and it was just OK, last night play was great! This time we played Mission 3 and while I have requested owner of the game to give us some background story behind our mission I was just ignored with: you start here and need to get there.

END_OF_DOCUMENT_TOKEN_TO_BE_REPLACED

After last week session of Fury of Dracula we have decided to play this game again (yes, it is that good). It’s semi-coop adventure, all against one masterpiece, really. There is huge luck factor involved as you need to roll dice quite often (combat, travel by train, some of events etc.) and sometimes luck in getting good cards can change a game significantly – still, it’s just super fun and I love it! 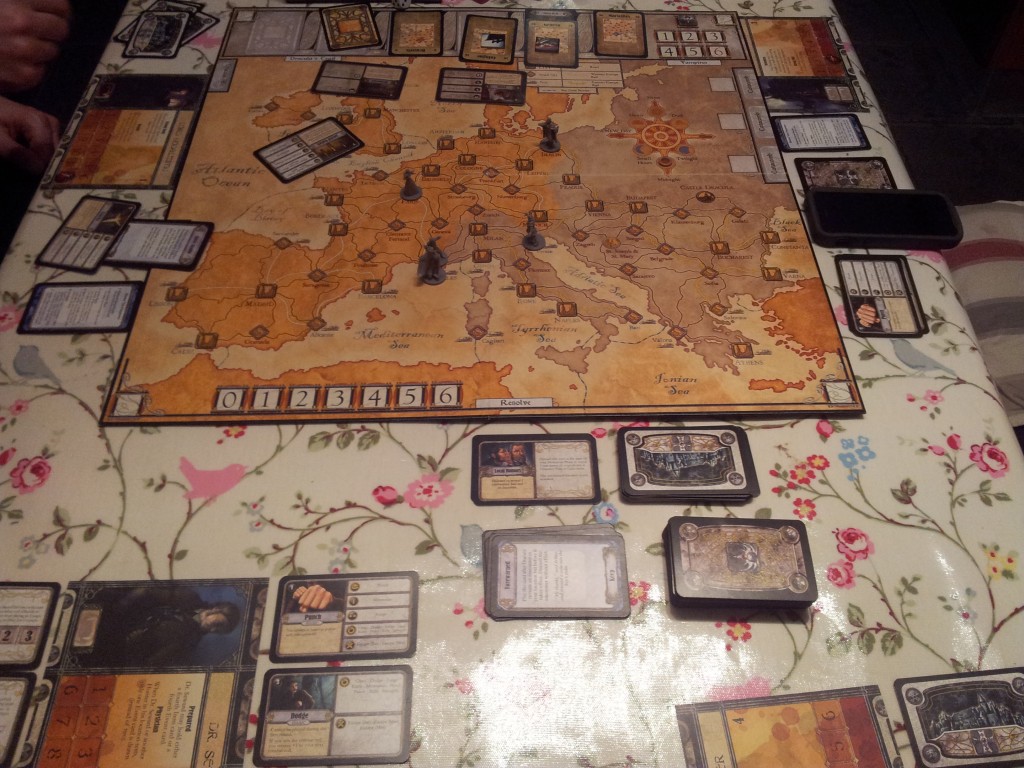 END_OF_DOCUMENT_TOKEN_TO_BE_REPLACED

We started last night with 7 players (home rule) session of Infiltration – it’s quick and easy game where you need to get into facility, download as much data as you can and leave facility before alarm is raised. You search room by room and try to avoid NPC’s and other players…it’s OK but I always lose so it means it’s not that OK ;).

Due to high number of players last night we had to split after first game and my group (3 players) decided to play Nations. It was my second time playing it and this time with correct rules (worker placement on cards is not limited – somebody spotted it on Knavecon 3). I have lost again but at least this time I was not negative on victory points ;). We had Rome vs. Egypt vs. China and final score was China 49, Egipt 37 and Rome 29. Game completed in 2 hrs 15 min which I think is great for civilization game. I would say my issue was I did not use my nation ability enough (military), I should concentrate on wars, battles and buying military units…but than I don’t know where to score points??? Egypt was big on money and was able to buy a lot of good cards, China on some stage concentrated on resources and some good wonders. Still, I think it is great game and I will consider to sell Through the Ages – I rather complete Nations in 2 hrs than play TTA for 7 hrs in advanced mode (which is not even full mode). 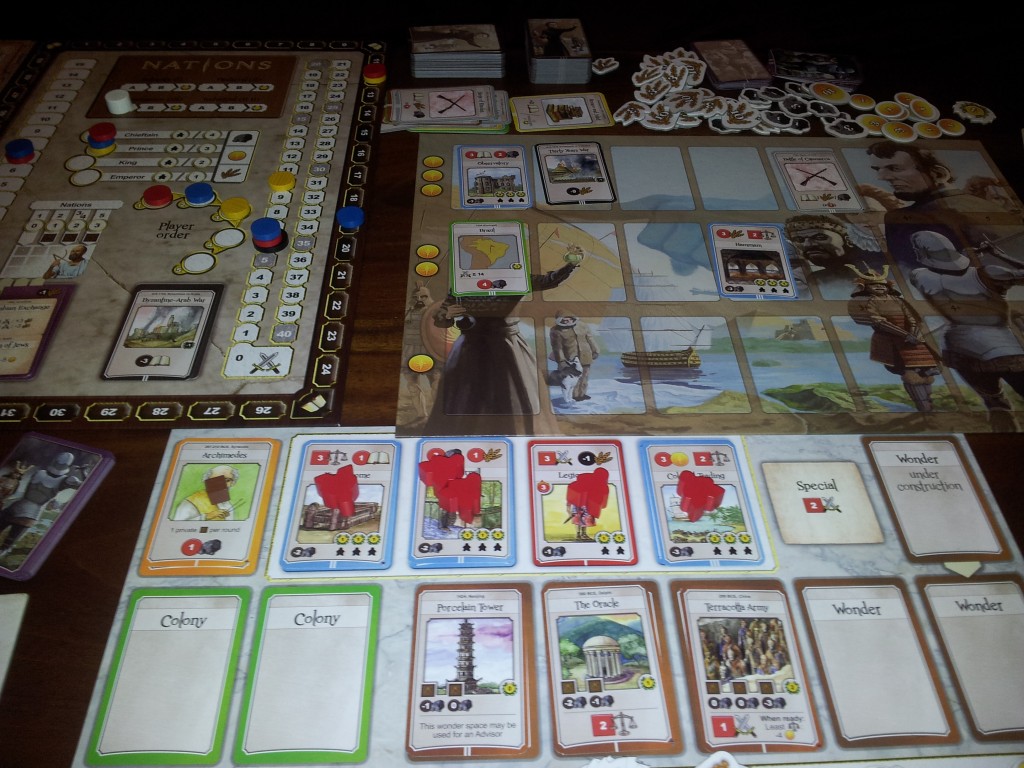 Quote of the day was Vic telling one of the lads (I believe they played Canal Mania): “I had to do it, sorry…I had no other choice!” Vic always has other option!!! Never trust Vic!!! 😉

Another great Thursday Night. We have started with few games of Cash and Guns – fast and funny party game where you need to kill others and collect most money – it’s OK, not bad…but not that great either. Next was Poo: The Card Game – well, this one was funny 😉 You are throwing poo at other players (yes) to win 😉 There are different cards to protect you or to re-direct poo to hit other players – it’s funny player elimination, light card game. If you have spare 10 minutes it’s fantastic game, not sure how this will work after 5 plays. Next one was mighty Imperial 2030 – what a game!!! 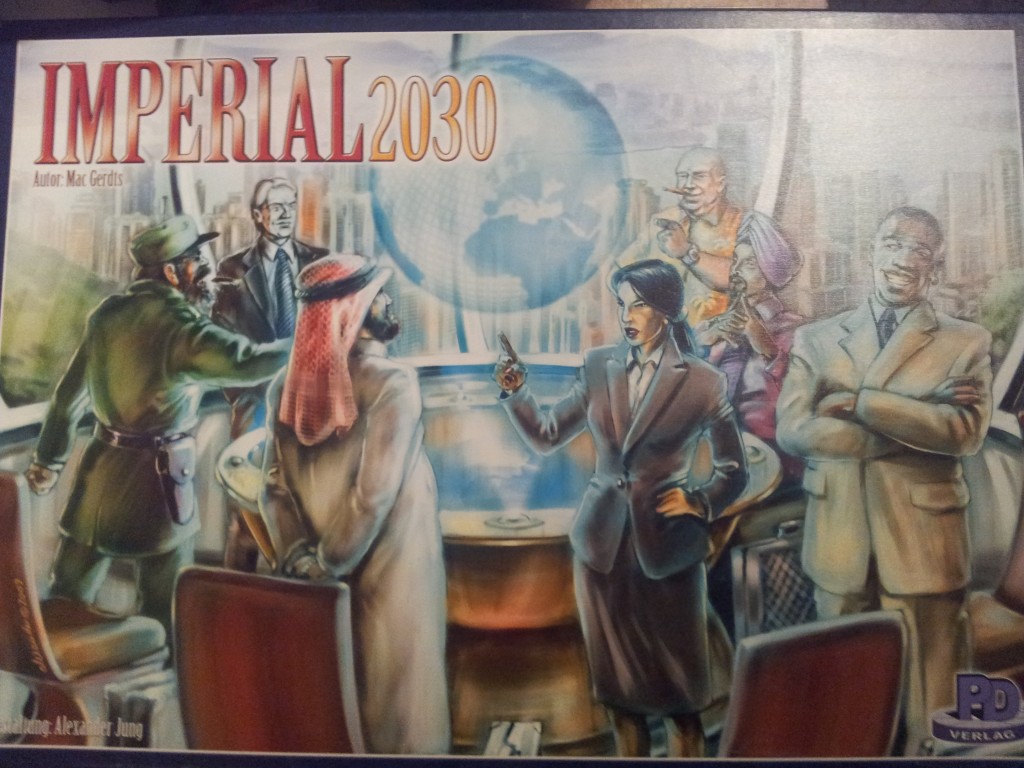 END_OF_DOCUMENT_TOKEN_TO_BE_REPLACED

After missing few Thursdays due to holidays and house moving I have eventually managed to play few games last night with Mr. Timewalk. Game of the day was Nations but we started with quick game of Kosmonauts – it’s a race game placed is Solar system and your goal is to land on planets, get victory tokens and go back to Earth. I like this game and will post more about it some time later. Next was Mascarade – an absolute winner for me! Quick, bluffing, memory type of game where – something similar to Love Letter and Coup but with some chaos involved as you can swap cards without showing to other if you actually swapped it or not. One of the action is checking what card you have and with all the swaps (or ‘swaps’) you sometimes have no clue who you play 😉  I think lads didn’t really like it but I hope to play it more. Well, game of the day was Nations. Through the Ages Lite? Not really – they took best things from TTA, added some mechanics from other games, shorten play time and we have possible, future number 1 on BGG.com ranking. 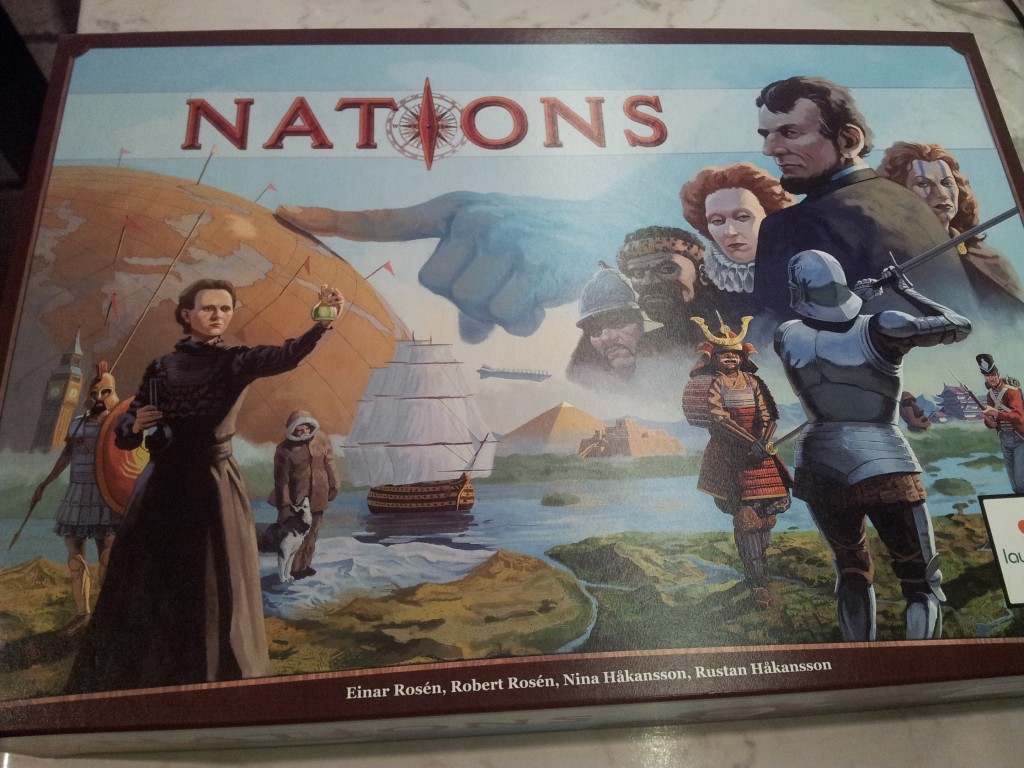 END_OF_DOCUMENT_TOKEN_TO_BE_REPLACED

Pretty much shocking that I have never played Agricola – currently number 3 on Boardgamegeek ranking. Last night was enough people to split to two groups, so I could quickly check what all the fuss about that game is. We have played 3 players and family version (without hand of cards etc. and simplified rules – as I was told). I was late last night and played only Agricola and one session of Coup. Another good night thanks to Mr. Timewalk (full report to follow on his blog) 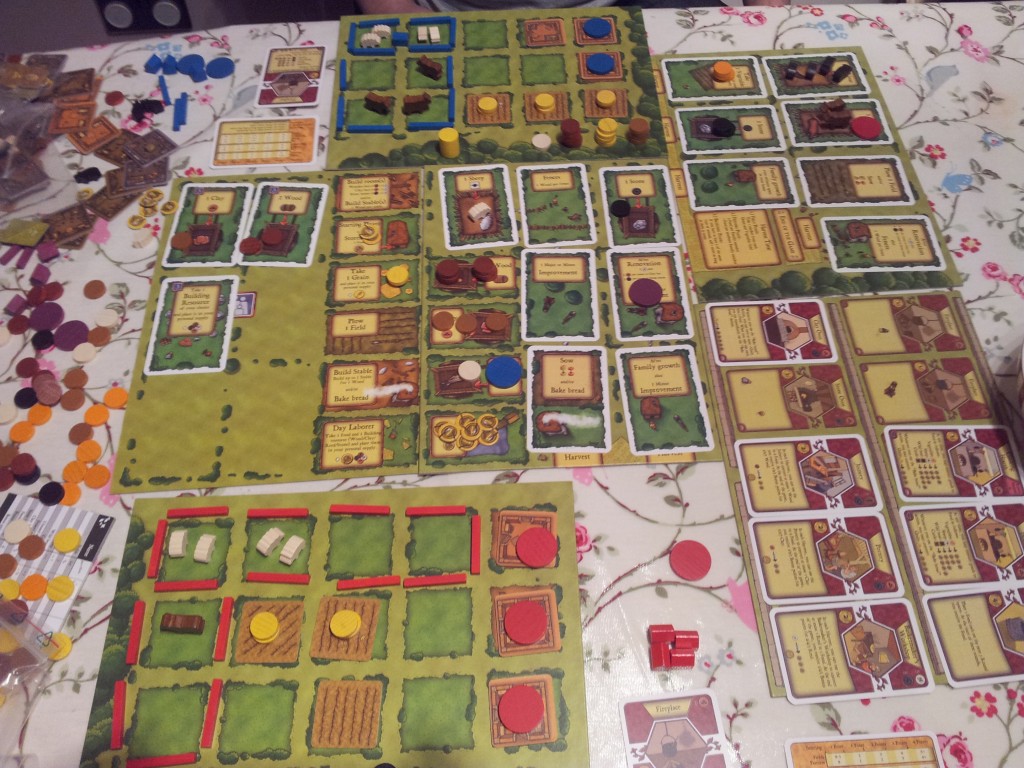